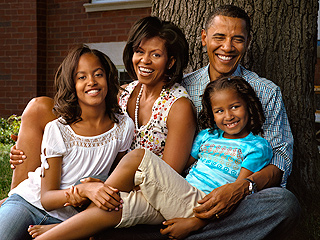 50-Facts you about U.S. President Obama:

He won a Grammy in 2006 for the audio version of his memoir, Dreams From My Father

He has read every Harry Potter book

By August 2008, He had more than a thousand videos on YouTube

He ate dog meat, snake meat, and roasted grasshopper while living in Indonesia

He can speak Spanish

He has Jay Z and Ludacris on his iPod

He was nicknamed “Bar” by his late grandmother

His favourite artist is Pablo Picasso

His speciality as a cook is chilli

He keeps on his desk a carving of a wooden hand holding an egg, a Kenyan symbol of the fragility of life

His favorite show is “The Wire”

He and his wife donated $25,000 to the United Negro College fund

He majored in Political Science at Columbia University

Obama achieved celebrity status after his speech to the Democratic National Convention in 2004, launching what has been called “Obamamania”

Obama once said the three men he admired the most were Mahatma Gandhi, Abraham Lincoln, and Martin Luther King, Jr

He can bench press an impressive 200lbs

He collects Spider-Man and Conan the Barbarian comics

He is a family man.

He was only one of three black students at Punahou Academy, in Hawaii

He predicted UNC to win the Final Four

Obama met his wife Michelle Robinson, a South Side Chicago native, while he was interning at the Chicago law firm of Sidley Austin